For Mômji, it’s important to learn a new language as young as possible. Bilingualism is helpful to communicate and also to stimulate curiosity. But, what impact does this have on children? To help you understand it better, Mômji asked some questions to the psycholinguist Ranka Bijeljac-Babic.

Can you introduce yourself? 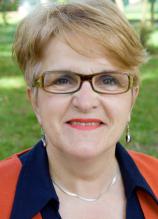 My name’s Ranka Bijeljac-Babic and I’m a psycholinguist and retired conference teacher at Poitiers University. I’m also a member of the team “Language and Cognition” in INCC and Paris Cité University. I've been doing research on bilingualism and more particularly on its effect on children for more than 30 years.

Can you tell us what bilingualism is?

There are many definitions of bilingualism. We consider that it represents the fact that someone uses 2 or more languages on a daily basis with the idea that one language predominates over the other. The notion of bilingualism varies among people. It’s possible to be more bilingual in speaking, in writing, … there’s not 2 people with the same degree of bilingualism.

What benefits does bilingualism have on children? (except learning a new language)

Bilingual children are advantaged on non-linguistic tasks (cognition, memory, awareness…). It doesn’t mean they are more intelligent. They only have a more open mind compared to non-bilingual children. This learning promotes their social skills but also helps them to think about languages.

Bilingual children are used to switching languages without noticing. Some of them can also blend languages while they speak. Don’t think it’s a sign of confusion: children don’t mix words easily. They know grammatical structures very well. It’s a true benefit.

Can bilingualism disturb them?

There’s no proof that bilingualism disturbs or delays cognitif and speaking growth. Nevertheless, you have to be really alert: familial context has to be favorable to bilingual learning. If parents are not sure that passing on their native language is a good thing, language’s growth can be delayed. Same thing happens if school doesn’t foster bilingualism. There are cases where children have been disturbed because people didn’t talk to them in either their native or their country’s language.

Bilingual children speak and hear each language two times less than a child only speaking one language.  Bilingualism is a very long learning process. You have to create as many occasions to speak, read, hear as you can. It’s important to daily stimulate children because they can forget what they learnt in a small amount of time.

What would be the most appropriate age to initiate children to bilingualism?

Even in their mother’s belly, a child hears languages. It’s a kind of a first initiation. For children, the earliest they hear English, the better it is. A lot of parents think they need to wait for their child to master a language before he/she learns a new one. But it’s not necessary or warranted! Learning a new language needs to be meaningful… Even more when the learner’s young.

If none of the parents is a foreigner, is it still relevant to introduce children to a foreign language?

Why not. It could be useful. When you learn a second language, you have to view it as part of their education. No one becomes bilingual from one day to another. Children still have an easier time learning a language compared to adults and becoming bilingual . They are more open to failing and saying the wrong word, being mistaken, speaking with an accent… At their age, they learn playfully.

Are there any mistakes to avoid?

Every child marches to the beat of their own drum. If one has some difficulties to learn, it’s not a major issue. The most important thing is to guide bilingual children and follow their development with more attention than  a monolingual one.

As a parent, you don’t have to overpush your child. Some parents want their child to learn 3 languages as soon as they can but it’s not a good mindset. This has to be thought of long term to be able to last.

Ranka Bijeljac-Babic explains that: “more than a half of the global population speaks at least 2 languages”. Bilingualism is a real asset for children’s development and socialization. Those aspects are our priority because Mômji’s offering immersion childcare (100% in a foreign language) all year long

Travelling while protecting the planet

For children, traveling is a great way to learn…

Benefits of free-play for children

Do you know the benefits of "free play…

What do people eat on Christmas in Japan? What…

Travelling while protecting the planet

For children, traveling is a great way to learn…

Benefits of free-play for children

Do you know the benefits of "free play…

What do people eat on Christmas in Japan? What…