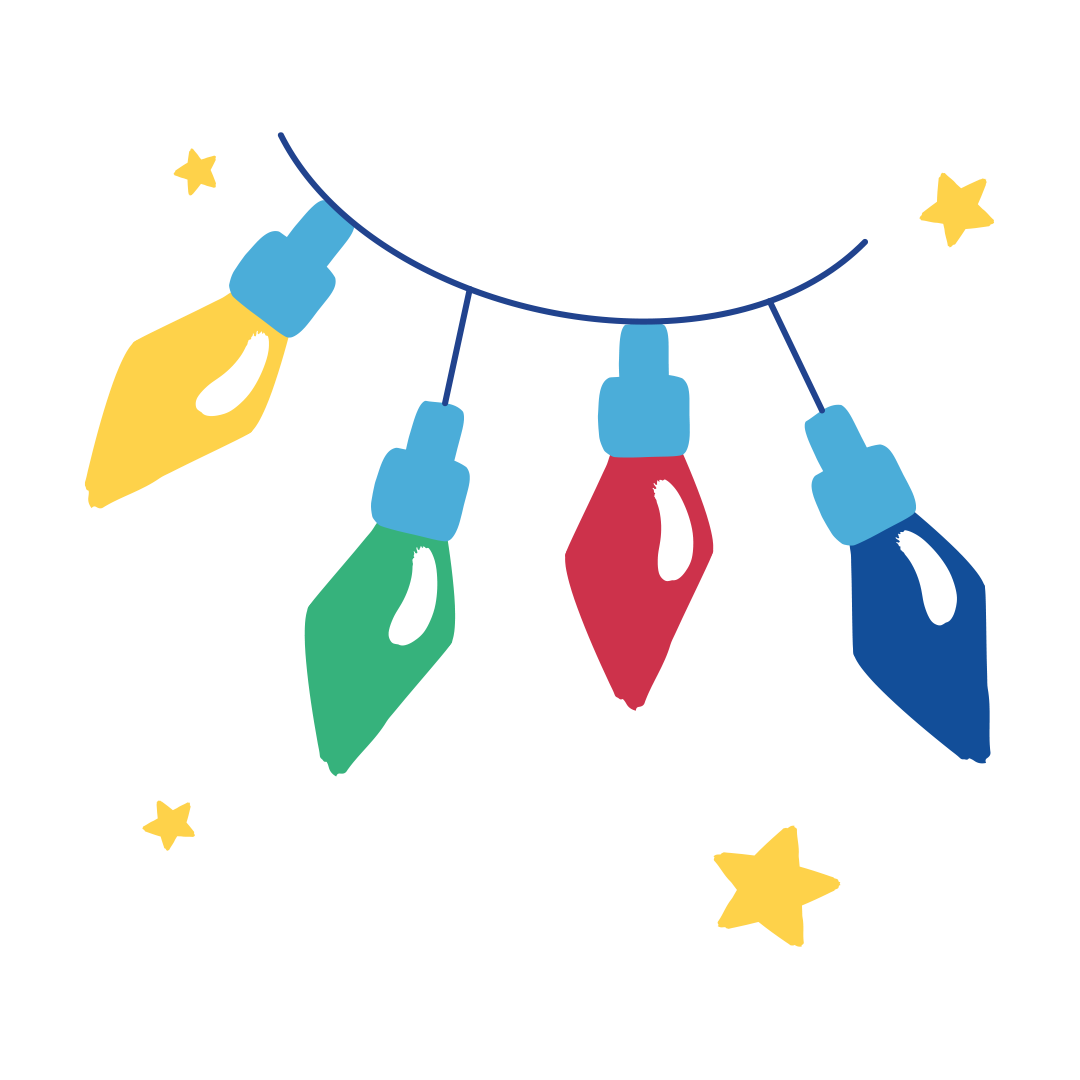 The end-of-the-year holidays have one thing in common: joyful moments to share with friends, family and loved ones. We all look forward to the Christmas meal!

We invite you to a culinary world tour to make your taste buds and your mind travel during Christmas!

Help your children discover what a Christmas meal looks like around the world and what traditions can be found internationally during the holiday season!

Discover the gastronomic traditions of 5 countries at Christmas: their history, recipes, when they are celebrated, and much more: 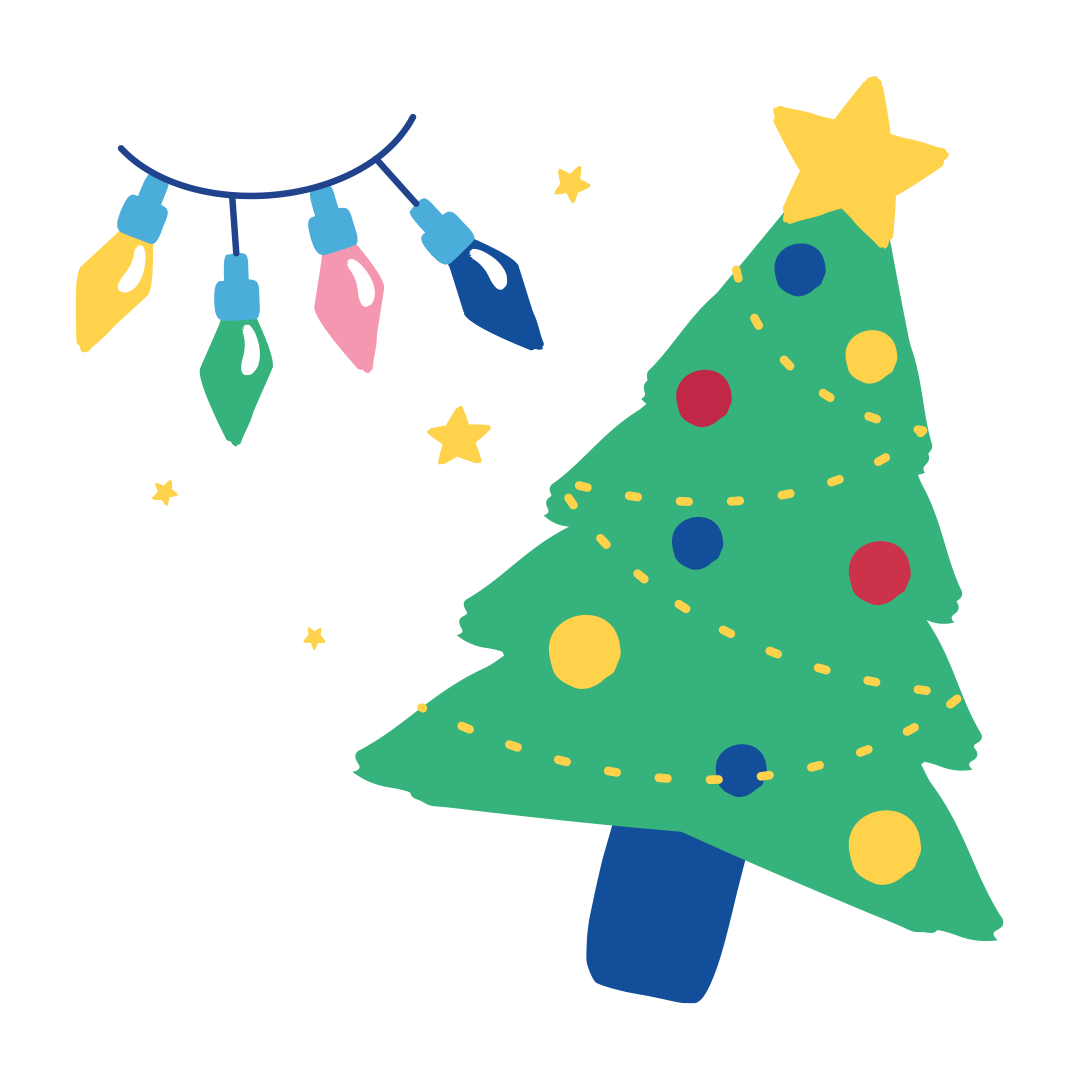 The Panettone in Italy

The Panettone has become a Christmas classic, even in France, but it is in Italy that it was born.

Not everyone agrees on the origin of this delicious cake. For some, it was created in the Middle Ages in the city of Milan. In the 15th century, a grand meal was organized by a duke during the end of the year celebrations. The pastry chef and his assistant Toni had prepared a dessert for Christmas but by mistake, Toni burned it! Toni, alone in the kitchen, wanted to fix his mistake and concocted, with the ingredients present in the kitchen, a new dessert that turned out to be a real success. After this accidental success, the inhabitants of Milan continued to eat "Toni's bread" at Christmas time and that's how this sweet bread got its name: Panettone!

This legend around the Panettone does not put everyone in agreement. The less poetic historians show that in reality, the Panettone comes from a medieval tradition: the Italians enriched their usual bread to celebrate Christmas with fruit and butter! Over the years, a recipe developed and the Panettone we know today was born!

This year, we suggest a simple recipe that you can make with the kids to make a homemade Panettone to enjoy together! Your Mômji nanny can also replicate this recipe during or after the school break!

Prepare a sourdough with yeast.

Add the milk and egg yolks and mix for 3 minutes.

Add the yeast and mix for 5 minutes, lowering the speed.

Add the butter and mix.

Cover the mixing bowl with a damp cloth and let the dough rise for 3 hours or until it triples in size.

Divide the dough into 3 pieces and transfer to a baking pan. Using a knife, make a cross-shaped cut on the exposed part of the dough.

Place the oven rack at the bottom of the oven and bake for 35 minutes. 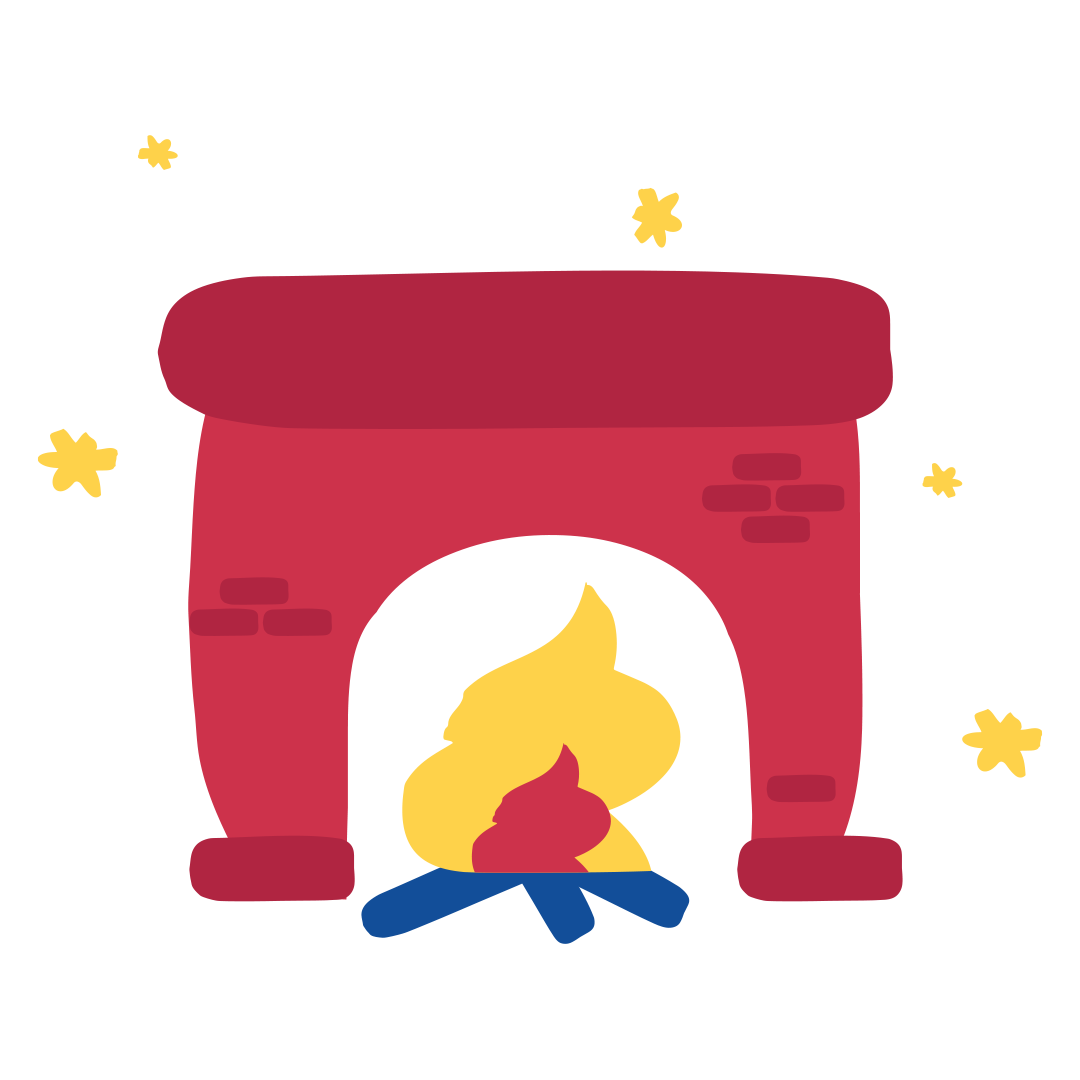 This is unique to Japan! Before the 1970s, Christmas was not celebrated much in Japan. This is going to change thanks to... an advertising campaign for a famous American fast-food brand of fried chicken that took root in the land of the rising sun!

An employee, after hearing from foreigners living in Japan that they missed Christmas turkey during the holidays, had the idea to develop a marketing campaign for Christmas fried chicken.

By 1974, Japanese families had adopted this unique Christmas custom! The fried chicken buckets must be ordered in advance because during the Christmas holidays, they are regularly out of stock due to their popularity.

It has become a real tradition during Christmas! Families get together at Christmas to enjoy delicious fried chicken together =) 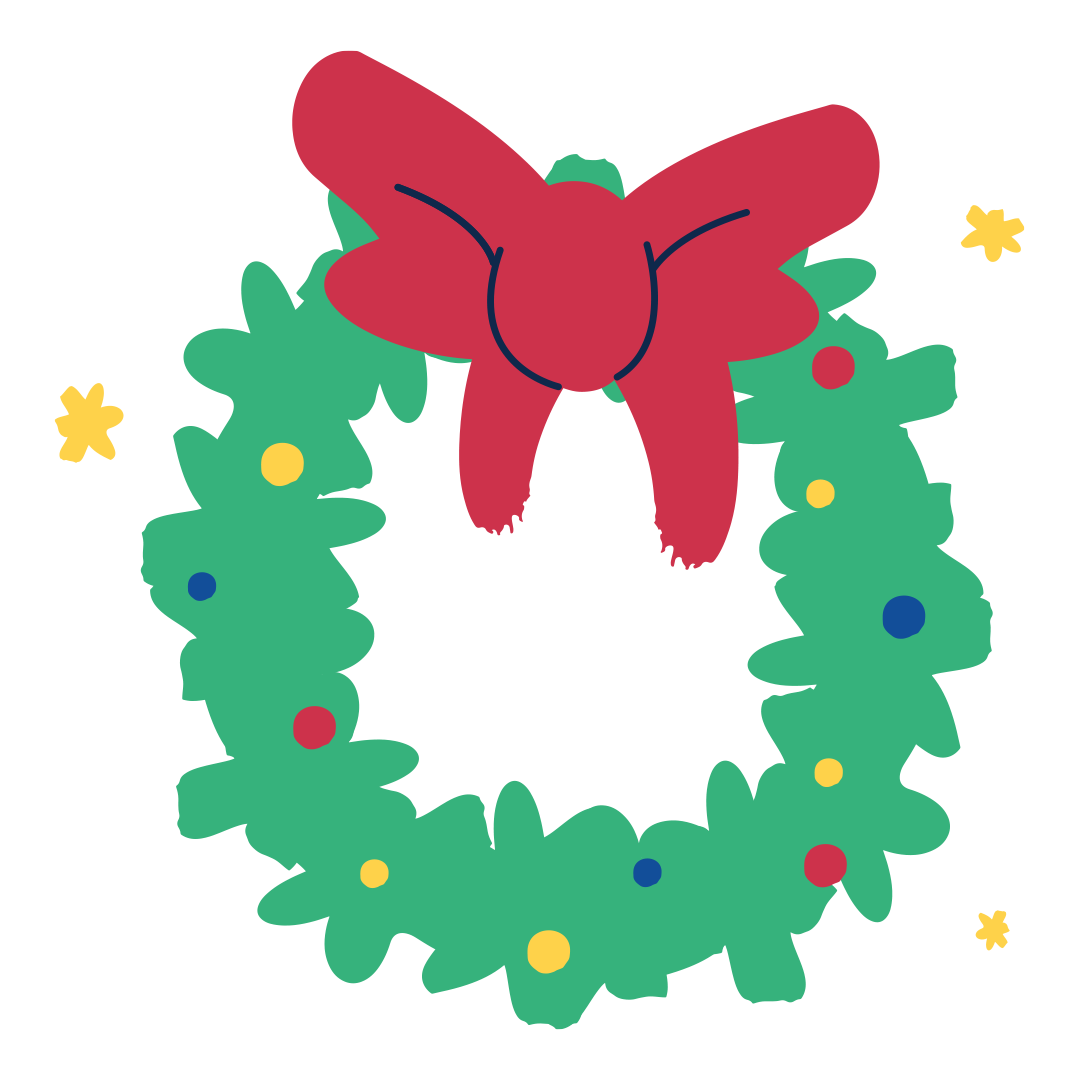 These little dried fruit pies have been loved by the English during the holiday season for quite some time now! King Henry VIII was known for his love of mince pies at Christmas time, although the pies eaten by the king's court were somewhat different from those found today.

Originally, these pies were called “mincemeat” pies and contained, as the name suggests, meat! Although they are now made entirely with fruit, the tradition carries on and these pies are enjoyed every Christmas in the UK.

These pies were so good, that they were made illegal (!) in the 17th century when Christmas was banned in England, but fortunately a few years later, during the reign of Charles II, this ban was lifted, and the English people could continue to enjoy these Christmas pastries legally!

Cross the English Channel for an afternoon by making your own delicious mince pies from your own kitchen!

Mix the flour, a pinch of salt and the yeast. Add the butter cut into small pieces, the sugar and the egg. Mix everything until you get a homogeneous dough. Place it in the refrigerator for 2 hours.

Place the chopped and peeled apple in a saucepan with the rest of the ingredients for the filling. Heat over low heat for 20 minutes, stirring regularly.

Roll out the dough and cut out twelve discs as well as twelve smaller discs with a cookie cutter. Butter the tartlet pans. Place the larger discs of dough in the bottom. Top with the mince pie mixture. Cover with the smaller discs and seal the edges.

Bake in the oven for 20 minutes. Let cool, then decorate with a dusting of powdered sugar. 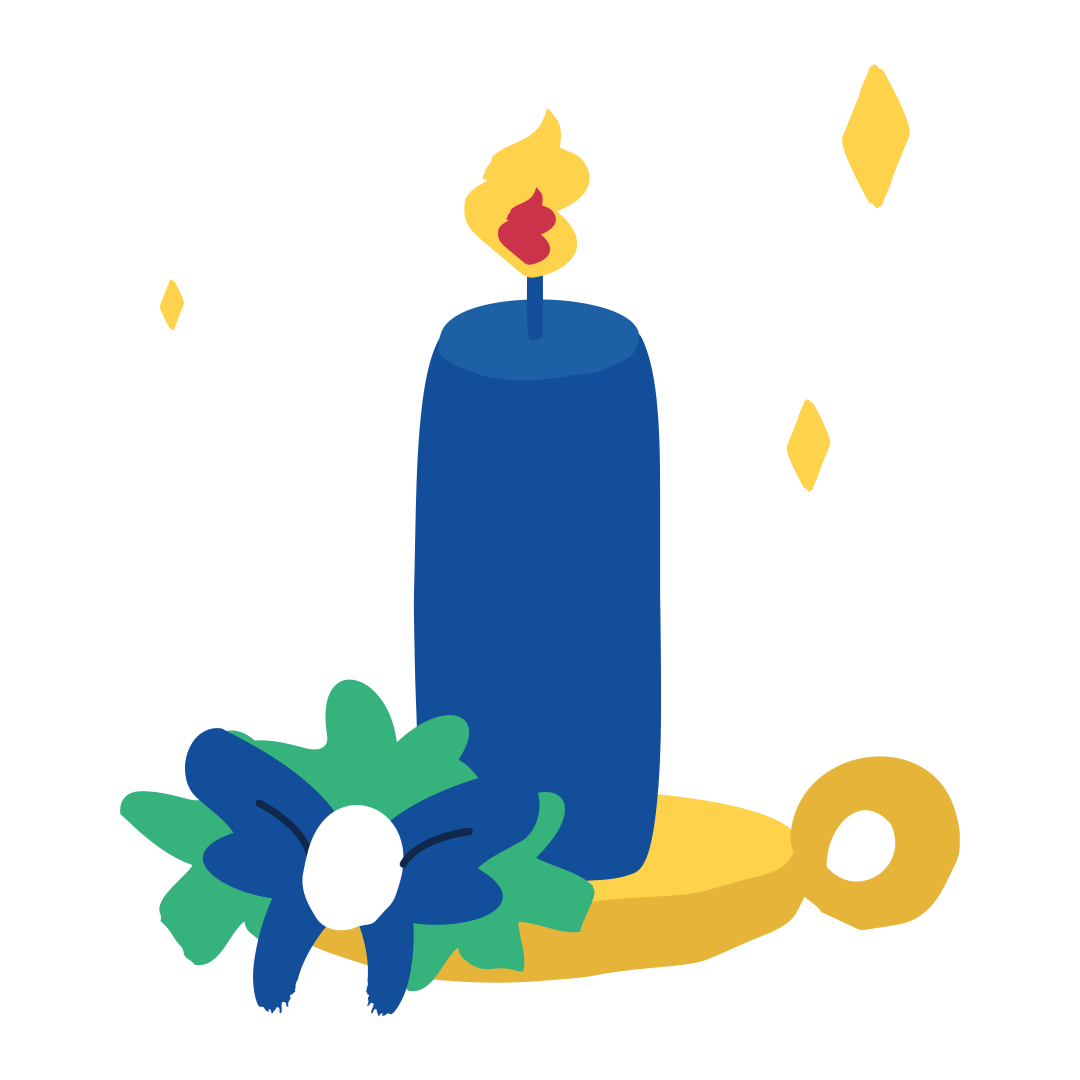 Swedes start celebrating the holiday season with the feast of St. Lucia. This 400-year-old Swedish celebration takes place every year on the same date.

According to tradition, the night of December 13 is the longest night of the winter. During this night, the evil beings of the popular beliefs would be the most active. In order to illuminate this long night, the Swedes are protected by a carrier of light: Saint Lucia.

For several hundred years, every Christmas, a young girl is designated to carry a crown of candles to continue the tradition.

Saffron buns or lussekatter are eaten on Saint Lucia's Day and during the Christmas season. Swedes love to warm their hearts and stomachs during the long night with these colorful and spicy buns.

Christmas is the perfect time to travel and see the different cultures with your own eyes! Attend this tradition in Stockholm before heading to the famous Skansen Christmas market to enjoy saffron buns in the heart of their birthplace! 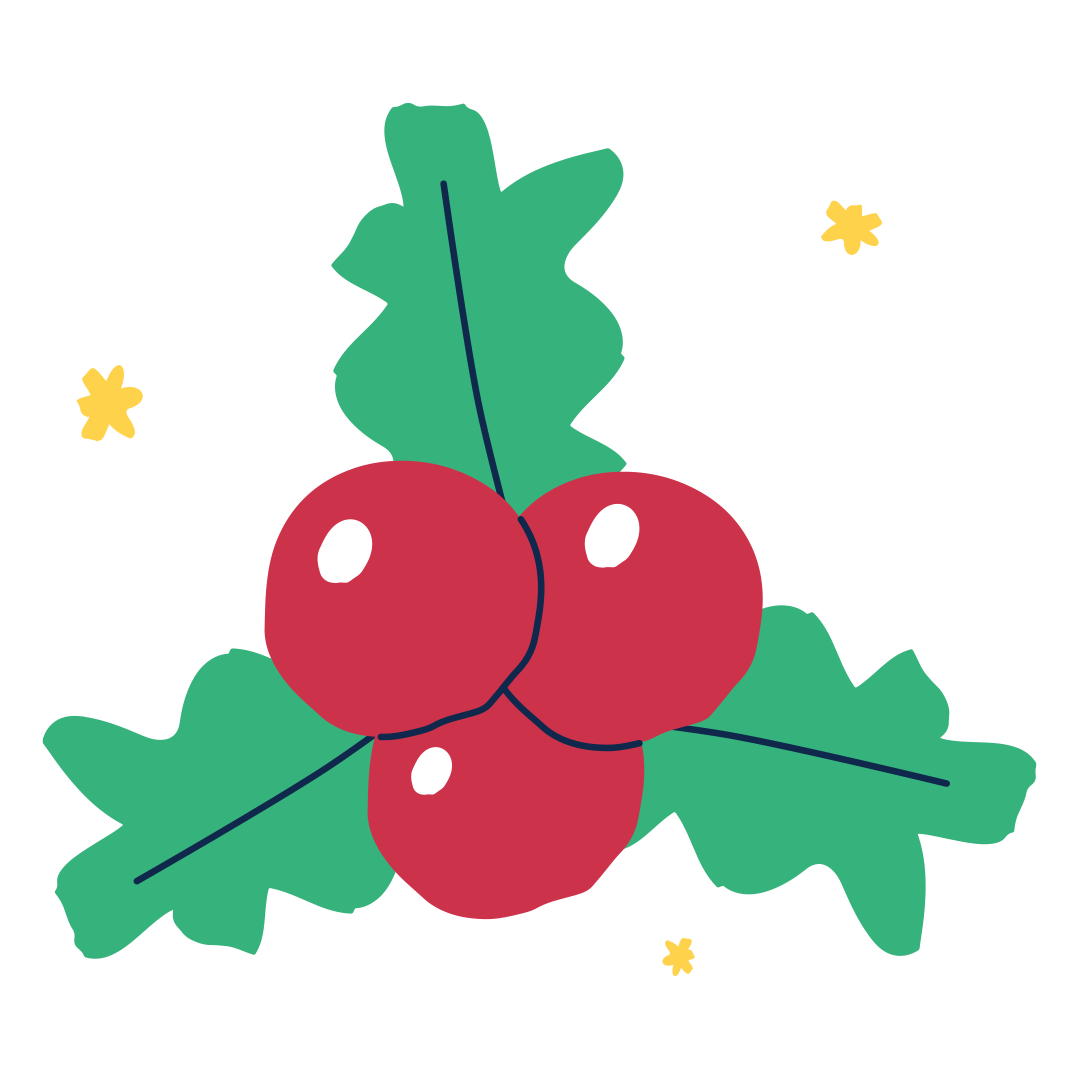 The Bûche de Noël in France

The French are well known for their famous Christmas dessert! We will soon be able to enjoy the delicious Yule log or Bûche de Noël with our family! But where does this tradition come from? This dessert, found in many French-speaking countries, takes its name from a real log, according to legend! Then in the 19th century, the bûche became a cake adored for the end of the year celebrations.

Every French family has its own preferences: are you more of an ice cream bûche, three chocolates or raspberry?

Kids will love being able to participate in Christmas dinner or celebrate Christmas early with their nanny Mômji by making a Nutella bûche!

Help the children to separate the egg whites from the yolks. Whisk the yolks with the sugar so that the mixture turns white. Then add the flour.

In another bowl, beat the egg whites until stiff, adding a pinch of salt. Add the egg whites gradually to the first mixture. Mix gently to not knock the air out of the eggs.

Spread the dough on a baking sheet in the shape of a rectangle, then put it in the oven and let it cook for 10 minutes.

Take the sponde cake out of the oven, and roll it gently in a clean, damp cloth to give it the shape of a log. Let it take its shape for a few moments.

Unwrap it and spread Nutella on it. Then roll it up tightly. Cover the top of the log with Nutella and smooth it with a spatula.

Trim both ends of the roll for a perfect finish and decorate as desired. Encourage the kids to let their imagination run wild!

Spring is just around the corner: trees are…

A day with Inna, creative nanny

Spring is just around the corner: trees are…

A day with Inna, creative nanny