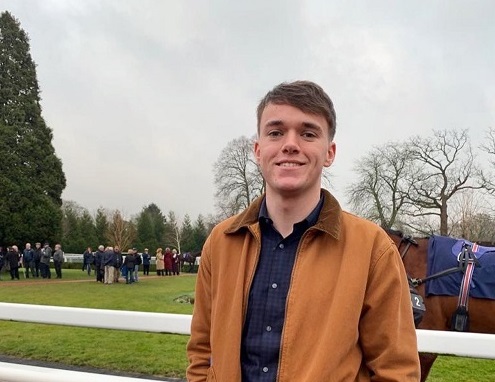 Mômji is a home away from home for thousands of internationals in Paris. We love working with our Language Ambassadors from all the continents across the globe in our big melting pot of cultures!

Today we hear from Toby Bryant, a U.K. national and part of the Mômji team. Do the British really drink that much tea? Is it always raining? What’s the best way for you to discover the country?...

My hometown of Reading – a festival, a river and thousands of commuters!

I was born in Slough, on the outskirts of London, but spent my early years in the Californian sun of San Francisco for my father’s work. At six-years-old, I moved back to the United Kingdom and settled down in Reading, where I’ve been living for the past 16 years.

For those not too familiar with the U.K., you might not have heard of my city. We’re not too far from London with a fast train taking you right into the centre in under half-an-hour, so consequently, there are a lot of professionals who work in London but want to live elsewhere who populate Reading.

Since everyone is moving in and out of the city, it can sometimes feel a bit quiet, but we do come alive at least once a year for Reading Festival!

The second-biggest U.K. music festival behind Glastonbury, Reading Festival really is the highlight of my city’s year and is what it’s best known for by the British people.

The festival always pulls in big names, last year we had the 1975, Foo Fighters and Post Malone. When not at the festival, you can often find the people of Reading walking along the Thames, which stretches right through the city. It’s fantastic for rowing, which I did a lot of at school, and we are home to Team G.B.’s rowing headquarters.

Want to visit the U.K.? Get yourself away from London!

When tourists visit the U.K., London is always the one place they choose to visit. That’s understandable, it’s our capital and has a fantastic history. However, there’s so much more to the country that’s a lot more authentic and worth visiting!

For instance, if you travel a long way to the South-West, you’ll end up at the rocky shores of Cornwall. If you love walking, cider and British pubs, it’ll be a haven for you.

Otherwise, head up north and meet the larger-than-life people of Yorkshire. You’ll be guaranteed a warm welcome and can discover plenty of Roman remains in York. Elsewhere, Scotland, Northern Ireland and Wales all have their attractions with beautiful capital cities in Edinburgh, Belfast and Cardiff respectively.

What’s on my plate? The best of British gastronomy.

I slot right into the stereotype of British people who love ‘pub grub’. That’s to say the dishes you’ll get served at your local pub. From burgers to fish and chips and Sunday roasts, you can’t beat it.

For me, however, my number one choice is a pie – preferably chicken, leek and ham. This isn’t your pie like a 'tarte' in France. I’m talking deep-dish, chunky pastry which is flaky at the top. Served with thick chips and gravy… divine!

In the same way that not all French people wear striped shirts, berets and carry a string of onions, the British don’t fit into all the classic stereotypes you’ll see on TV. Although admittedly, some aren’t far from the truth!

To start with those more truthful, the British are indeed football-obsessed. It’s our biggest sport and we have some of the best teams in the world, so why wouldn’t we be? Equally, we drink A LOT of tea, there’s no two ways about that. Finally, our humour does involve a lot more sarcasm than you’ll get elsewhere, but it’s certainly not the only way to make a Brit laugh!

Stereotypes that aren’t all that truthful include that it’s always raining. Our climate, as with all across the globe, is getting warmer and warmer. At the time of writing, it’s been nearly a week since we’ve seen a drop of rain! Many also seem to view the British as ultra-polite people. I can tell you, especially with certain current affairs, that is far from the truth.

La vie française, what shocked me the most?

There were certainly a few aspects of French life that took some adjusting to for myself. I was living in Paris, so the first shock to my system was the price of everything. From rent to dining out, I was paying more than ever before in the French capital. It’s similar to the price of living in London, although I’ve never lived in our capital, and other places in France are cheaper just as they are in the U.K.

The dining out culture in France is also very different. In the U.K. we rely massively on chain restaurants and the number of independent eateries is fast dwindling. That isn’t the case in France, and it’s a joy to see. In the U.K., there’s a big culture of ‘binge drinking’ too whereas, across The Channel, drinking is a much more sociable activity.

Finally, I was briefed to expect Parisians to be mean and unwilling to help. This couldn’t be further from the truth! In fact, I found the people of Paris much more accommodating than those of London.