What are the best jobs if you're a non-French speaker in Paris? 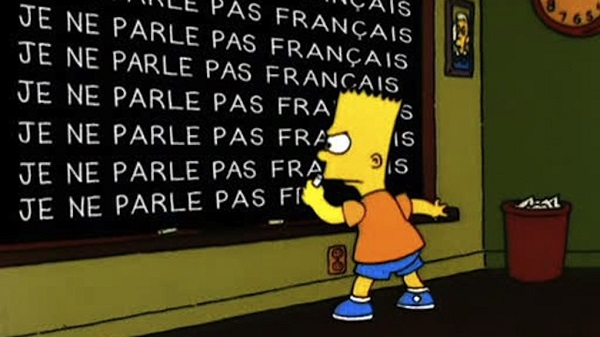 Being a non-French speaker in Paris can leave you feeling like a fish out of water at times. Landing a fulfilling job is an important step to feeling at home in the French capital if you are a foreigner.

When looking for a job in Paris without the ability to speak French, one approach is to think of popular work areas for tourists and foreigners. Clearly, tourism is a key industry to attack.

Paris is a hotspot for museums with an estimated 150 in the city. Whilst French-speakers do enjoy a day out at their local ‘exposition’, the majority of people that come through museum doors are tourists. Therefore, many museums will be open to employing non-French speakers. Competition is hot, however, especially at the more prestigious stop-offs such as The Louvre and the Musée d’Orsay.

#2 Anything linked with tourism

Obviously, the tourism industry stretches much wider than simply museums. From tour guides on Seine boat tours to jobs pointing tourists the right way in information booths to running the rides at theme parks such as Disneyland or Parc Asterix, there are a lot of suitable alternatives. Be sure to stay active online and ready to snap up any opportunity – these roles can be hot property!

With over 100,000 foreign students being welcomed into Paris’ 18 universities, there’s a market for non-French speaking jobs here too. American, British and other specific language libraries exist in Paris and could be a good option for an application. Elsewhere, co-working cafés are popping up in the Latin Quarter and are popular for foreign students wanting to do some work away from their rooms.

If you are struggling to get your foot in the door professionally, perhaps think about attending an international student meet-up for an informal chat with other foreign-language speakers about how they are finding the job market.

British, Irish and Australian bars are plentiful around Paris. If you have previous bar experience, these are great options to get employed quickly. These establishments are usually very busy thanks to the ever-growing international community and open long hours, meaning lots of staff on the books. The Bombardier, Café Oz and Corcoran’s are all places to enquire, and just a quick stroll around Le Marais and St-Michel will bring you past many more.

If you’re still pushed for luck and happen to be a non-French speaker with a network of friends in Paris, word of mouth is a great tactic to use. Asking friends to inquire around and see if anyone is needing a foreign-language speaker to do a bit of odd work can be surprisingly effective.

#5 Being a volunteer in a charity network

On the chance that money isn’t a priority and you’re simply looking for a role to fill some spare-time or meet new people, then there’s always volunteering. Whether it be with a charity, soup kitchen or even at one of those international student events, being keen to help is a priority over perfect French.

#6 Become a babysitter or a language teacher at Mômji!

How about Mômji? Whilst there are many jobs in industries popular with tourists and foreign students, there are also French speakers who want to employ you for the very reason that you don’t speak the native language!

In our babysitting and teaching roles, we match foreign-language speakers like yourself with French families or professionals who want to learn your languages. The majority of our roles are for English speakers with a fluent level, although we do have families looking to learn German, Spanish, Mandarin, Russian and many more! Work can be from 5 to 40 hours a week with the potential to earn from €11,50 to €20 an hour.

Check out our Jobs in Paris for non-French speakers.

If you are a non-French speaker looking for a suitable job in Paris, then we would love to hear from you. Get in touch and speak to an advisor with this two-minute application form.