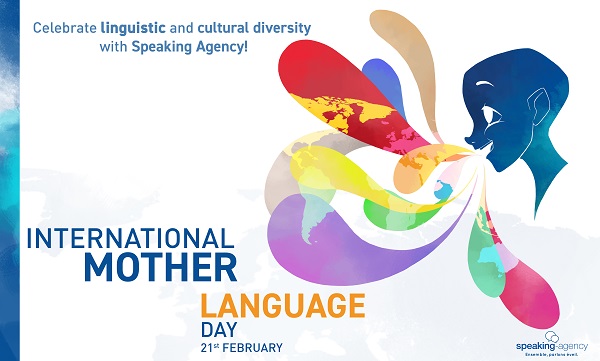 On February 21 was International Mother Language Day. Proclaimed by the General Conference of the United Nations Educational, Scientific and Cultural Organization (UNESCO) in November 1999, it was promoted for the first time in February 2000.

The aim is to raise awareness about linguistic diversity and remind the importance of multilingualism in our societies.

Anecdote: it is Bangladesh who suggested the establishment of such a day.

At Mômji, we believe that a more tolerant world is possible, especially through language exchange. This is why we wanted to tell you more about this special day.

Mother tongue: a source of identity and cultural diversity

Many countries have English, Spanish, Portuguese, French, etc. as their official languages. However, many of their speakers also have another mother tongue from a community of origin they belong to.

Languages, because of the identification process they imply, are of strategic importance for people and for the planet.

But unfortunately, many of these mother tongues are tending to disappear with the process of globalization and the displacement of populations towards large cities.

When languages die, cultural diversity, which makes up the richness of humanity, are also at risk of disappearing.

With mother tongues, it is also world perspectives, traditions, collective memory and ways of thinking and expression that are lost forever.

At Mômji, we believe in the importance of mother tongues and cultures!

Mother tongue is the language with which we learn our first words. It allows us to describe the environment around us. Even if we reach an excellent level in other languages, we will always have the reflex to describe the things around us with the words of our mother tongue. It is the basis of our first interactions in society.

This is why we ask our speakers (babysitters or language teachers) to share their mother tongue with young children. Their brain works like a real sponge, because it is not yet "fulfilled" or “disturbed” by lots of knowledge acquired over time.

At Mômji, we believe that a world where differences are shared creates wealth and encourages tolerance.

Do you want to become a babysitter or language teacher in France? Do you have experience in childcare and are looking for a bilingual job? Do not hesitate to send your application via our online form.