You are a Mômji immersion or initiation nanny and the children you look after sometimes refuse to practice English (or another language) with you? Don't panic, this is a common situation that we will try to solve together. 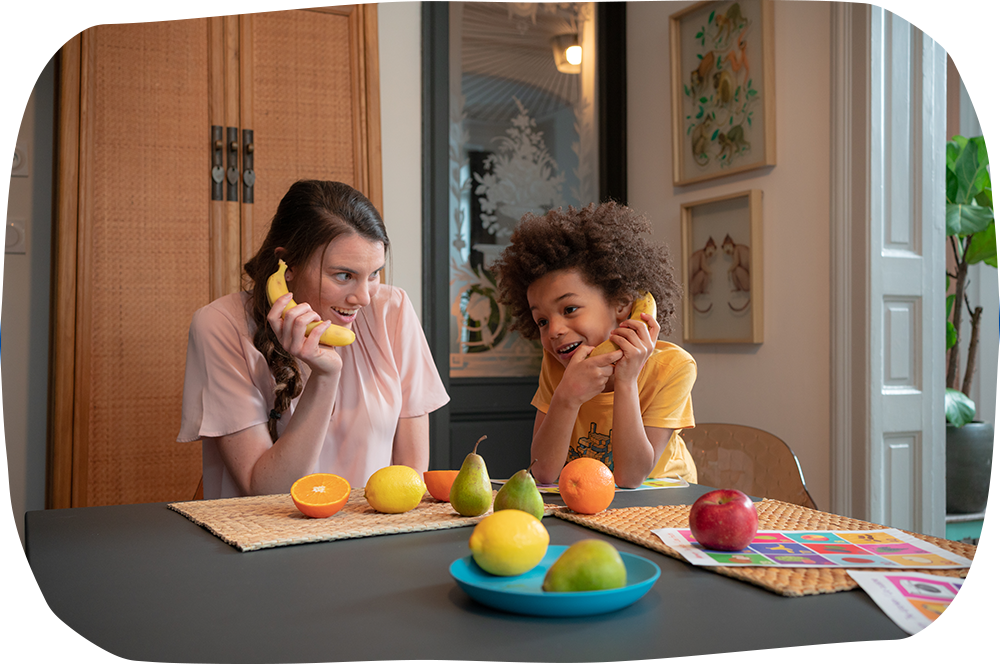 The first thing to know is that you cannot force a child to speak. Forcing them to respond to you in a language other than their own will have the opposite effect to that desired and may block their learning. You should therefore accept their refusal and not take offence.

Remember that you can only control your own actions, so make sure that you speak the language expected and that you make the exchange fun. Listening to you will probably encourage the child to imitate you.

Depending on his/her age, physically get down to his/her level to talk to him/her. By facing them, they may be less intimidated. You address them as an equal (not as a big person who knows everything).

Your attitude will play a big part: be smiley, cheerful and ask questions about their day at school. What he/she did in class of course, but also his/her interactions with his/her friends in the playground, what he/she ate at lunch, what were his/her favourite games...

If you are in immersion, you speak English all the time. Sometimes the child may find it difficult to understand you. Remember that gestures and non-verbal communication are as important as words in getting your message across. Your smiles, your frowns, the intonations of your voice will be crucial.

Also, don't hesitate to show the child what you expect from him/her: "Put your coat on!" by pointing to his/her coat, for example, or "Do you want an apple?" by taking an apple in his/her hand and holding it out to him/her.

To ensure that everyone has a good time, offer the child a board game. You should explain the rules in French, so that they feel more comfortable, and then switch back to English as if nothing had happened.

You can use the games in the bilingual activity pack. They have the advantage of being in both languages and so can help the child to participate well.

As a reminder, the three times when you can speak in French are :

If you are in the introductory stage, you speak English for about 30 minutes per shift. To make the child want to speak English (or another language) with you, play is your best ally. Suggest gesture songs such as Itsy Bitsy Spider, which is a fun nursery rhyme that all children know, or observation games such as I spy with my litlle eye.

If children are shy, ask questions of their favourite stuffed animal or cuddly toy, addressing the object as if it were a real person. Wait for the child to play along and answer for them. You can also use a puppet.

And of course, like the bilingual guard, you can use the games in the bilingual activity pack. They have the advantage of being in both languages and therefore can help the child to participate well. The picture book is a great game for an introduction. Ask : "Where is the kitchen" and let the child should point it with his finger. "Show me the sofa?"...

The idea is to familiarise them with another language while having fun and enjoying it.

By becoming a Mômji nanny in initiation, Juliette…

By becoming a Mômji nanny in initiation, Juliette…