By becoming a Mômji nanny in initiation, Juliette happily combines her job and her student life. She tells us how she found a job in Paris and find a personal balance. 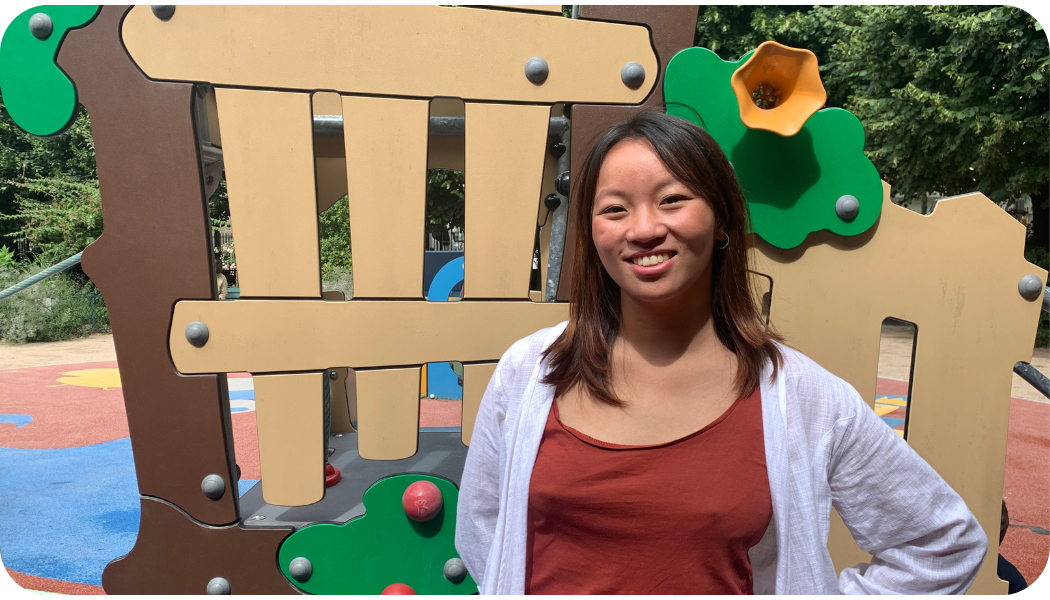 Juliette arrived in Paris in September 2021 to pursue her master's degree in architecture.  At 23, this young woman from Rennes (Britanny) wanted to find a student job as soon as she arrived in the capital.

"I needed it for myself, to be able to go out more, to have more leisure time and also because I wanted to keep myself busy".

A job in a few clicks

In Brittany, Juliette had already done some babysitting. Not only did she love looking after children, but she also realised that the job worked perfectly with her student schedule.

"It allows me to have a small contract if I feel like it. That way, I also have time for my studies.

Once she arrived in Paris, all it took was a few searches on the internet to discover Mômji childcare. Then, things happened quite quickly.

First, Juliette applied via the Mômji website. Then she received a call where she was asked several questions about her experience and level of English, before a final video interview. Once her profile was validated by the Mômji team, Juliette looked for a job right next door.

"I didn't want to waste time in transport, so I looked at the offers near my home and very quickly, two days later, I had an interview with a family.

"I already had experience with babies, but there were a lot of things about safety that it's always good to review. This training is a refresher and that's always very useful.

"I love to see the kids"

Juliette loves the time she spends with Basile (4 years old) and Lana (almost 12 months old now). She plays and has fun with the children.

"I love having them back, we play a lot together, it's relaxing. At first the little boy was always a bit shy when I came to pick him up and then as the weeks went by, he started to run around the yard when he saw me. Even the little one, when I pick her up, she recognises me. It's so sweet".

Some days Juliette looks after both children at the same time and others she looks after Basil first and does English with him before going to collect Lana from the nursery a little later.

"The mother suggested this arrangement so that Basil would not be distracted because it's true that when the child is here, we have to keep an eye on her a lot, so we can't be as available to teach her English".

Thanks to her job as a Mômji nanny, Juliette has found a balance between her life as a student and her professional life by combining all the things she likes to do.