Kgalalelo, Mômji nanny for two years now, came to Paris from Botswana in 2020. She tells us how she found her job and how she handles being a Immersion nanny. 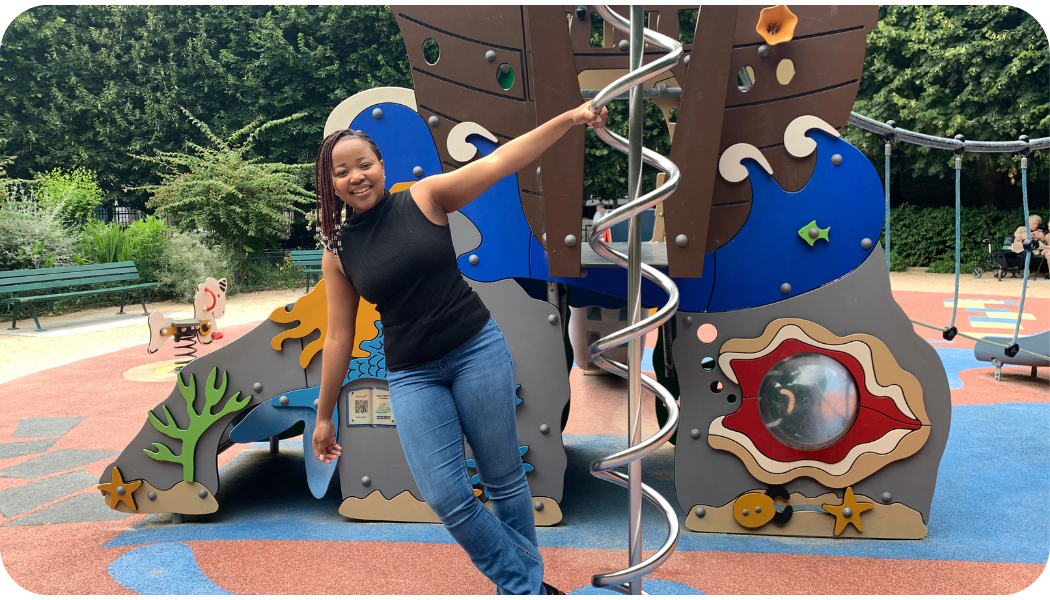 From Botswana to France

In septembre 2020 I left Botswana for Paris to study an acting English program at Cours Florent. When I finished hight school I wanted to try the acting thing. To be honest, education system in France in cheaper than other places such as London or New York, and again it’s Paris! How can you say no to Paris?

Looking for a job

When I arrived in Paris, I was okay for the first three months but then, I had to look for a job. A friend of mine told me : « Hey there's this babysitting compagny that helps you find a job and you don’t need to speak French ». Because that was the biggest block for me as they didn't speak French at all. So I applied on the Mômji website, did an interview and I got in !
Now I know that Mômji can offer me classes to learn French and it’s free !

It wasn’t that hard to find a family. I may have got three meetings with families before I find the one. The first said no because I was living too far, then it was COVID so it was really hard to do things then but I found my family and I’ve been with them ever since I’ve started working at Mômji.

Being a Immersion nanny

I’m very confortable with taking care of kids. That something I used to do back home, informally. I love to work with babies. That’s why I was very happy to work with my Mômji family. I’m taking care of 3 kids, all girls ! The oldest Louise, is 7 years old and the twins Alice and Solène are 4 years old. When I've started, I was changing the twins diapers and now they are walking. It's so nice to see them grow up.

At first, the girls were like : « What is this person saying to me ? » I could see that on their faces. I do speak to them in English but when there are importants things, like crossing the road and I want them to understand, I switch to French. Now I show them object and tell them in English so they can make the connection between the object and the English word for it. After a few weeks, we have found a rythm.

I’m really impressed by one of the twin ! How she picks up the langage. She loves to speak even if sometimes it doesn’t make sens but she just says it and I love that.

I bathe the kids, I play with them, read them stories in English, help them brush their teeth and by the time I’m done, they are ready for bed. One thing that I’ve found that really works with the kids is to pick up their favorite story in French and find the English version of that and they will make the connection. Like Frozen for exemple, I got them Frozen books in English and they start to know the songs even in English.

We’ve picked out the best events this October for…

5 indoor activities to do with children

if you can't go outside, you better know…

The free app you need for a smooth move to France

Are you a foreigner and have just moved to France…

We’ve picked out the best events this October for…

5 indoor activities to do with children

if you can't go outside, you better know…

The free app you need for a smooth move to France

Are you a foreigner and have just moved to France…