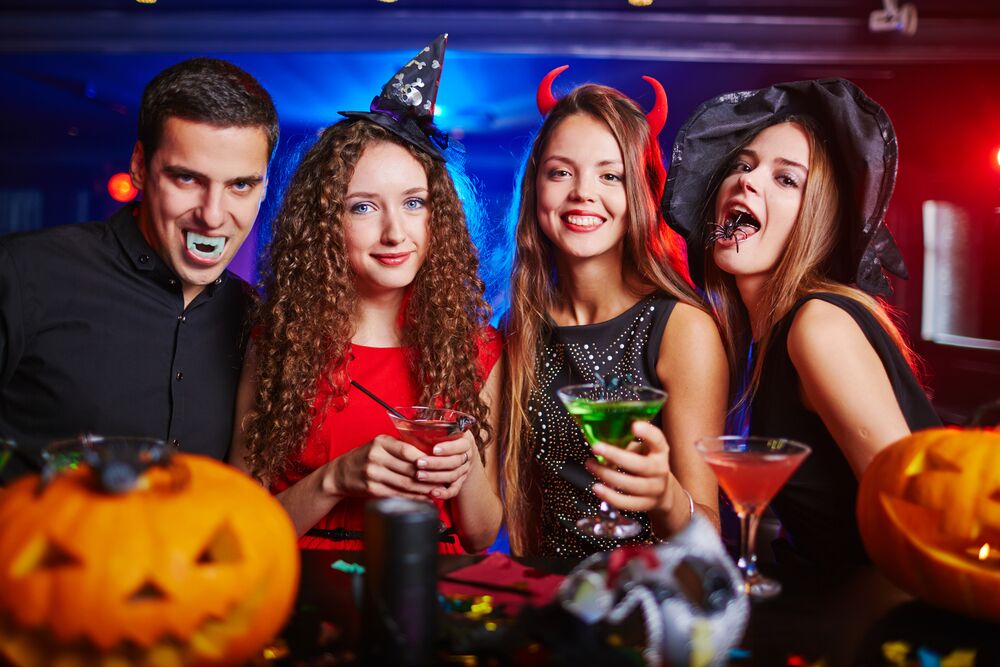 Spooky season is upon us! Paris may be thousands of miles away from the United States, where the tradition of Halloween was born, but the French capital fully embraces it each year. At Mômji, we love Halloween just as much as the next person. We’ve picked out the best events this October for our ever-growing international community.

It's hard to find a more iconic place than le Manoir de Paris for Halloween. The famous haunted house, based in Belleville, is launching Le Manoir Halloween Festival. More than 4 000m2 of entertainment.

Costumes, events, animations and even special effects... The Manoir has prepared a great show. The place is not recommanded for the children under 12 years old.

At the Astérix theme park, you’re never too old for fun. For its Halloween edition, you'll be allowed to visit its best scary attractions. Catacombs, haunted house and Idefix's forest... there will be fear for everyone.

For family and friends, the Parc Astérix offers a haunted house based on Paris’ Catacombs, a seasonal magic show and a series of other performances. An RER ride away from the city centre, take the line B to Aéroport Charles de Gaulle and hop on a speedy shuttle bus from there.

If theme parks are your thing, but you aren’t fancying the Parc Astérix, then how about heading eastwards to Disneyland Paris? From October the 1st until  November 6th your favourite cartoon and film villains will reign supreme over the park – even featuring in their own show!

Like every year, the park's welcoming visitors until 2 a.m. A great night show, perfect for the hole family.

Highly celebrated in Mexico and hispanic countries, El Dia de los Muertos arrives in Paris for october 30th week-end. Situated at the Terrass Hotel, on a rooftop, come and enjoy festivities and animations around this feast.

The France miniature starts its Halloween period. Based in Elancourt, this park allows its visitors to discover France's greatest monuments minimized. For Halloween, those monuments will be decorated with pumpkinks, bats and more. From October 22nd to November 6th, lets discover France's magic with treasure hunts, shows and cultural discovering.

It’s always Halloween at The Catacombs in Paris! The permanently petrifying attraction is one of Paris’ most popular. Situated in the city’s 14th arrondissement, not far from the Tour Montparnasse, the vault holds the remains of more than six million people!

If you’re after an authentic spine-chilling experience, The Catacombs is the one for you. The attraction is open from Tuesday to Sunday, 10 am until 8:30 pm.

Children's diet is crucial for their growth…

In France, when the new year begins, all French…

Christmas is here! In December, it’s plaid and…

Children's diet is crucial for their growth…

In France, when the new year begins, all French…

Christmas is here! In December, it’s plaid and…