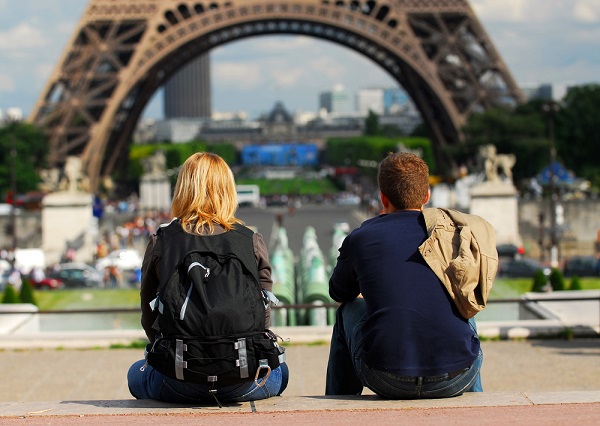 One of the millions and millions of foreigners visiting Paris? You’re in for a treat… as long as you know what to expect.

Daily life and etiquette in Paris is like no other city. Mômji works with thousands of internationals looking to settle in the country every year and we’ve got five tips to make sure you become a true Parisian.

In Paris, life revolves around public transport. A general rule of thumb is that, on average, any journey across the city will take half an hour thanks to the selection of RER overground trains, underground metros, trams and buses.

Therefore, be sure to know your local stops and plan journeys. Citymapper is a fantastic app for doing this and the RATP have their own too. If you’re in the city for an extended period of time, it’s normally worth investing in a NAVIGO pass for unlimited travel. Otherwise, the best option to buy tickets in a ‘carnet’ for the best deal.

Whilst, normally, Paris’ efficient public transport is a blessing, it can also be the city’s downfall. Strikes do happen often, take the recent industrial action as an example, and bring the city to a halt. Be sure to check RATP’s social media pages and websites for news so you don’t get caught out.

Eat out at lunchtime

Whereas in other countries chain restaurants reign supreme, the same can’t be said for Paris. The city boasts a knockout choice of independent eating options which come of the best quality in the world.

Food is a quintessential part of Parisian culture, and you’ll pay a handsome amount to sample it. However, eating out at lunchtime is a way of trying the best meals for a cut price. Many restaurants offer three-course set prices at lunchtime which are popular with Parisians and foreigners alike.

Don’t be tipping in all the bars and restaurants you visit, it isn’t expected! Sure, if you eat an exceptional meal or at a five-star restaurant, it may be more normal, but it sure isn’t at your average café and bar.

Parisians eat and drink out so frequently, that tipping every time would really add up. On the other hand, beware to not go straight to complaining if your food is slow – a long, drawn-out meal is oh so French!

Hold back on the ‘pardon’s

At school, you’ll have learnt the word for “sorry” is “pardon”. That’s true. However, it’s used far less frequently in France. In English-speaking countries, it’s usual to apologise for every little happening out in public. In Paris, you’ll just sound odd.

You’ll only hear “pardon” if the French person has made a genuine error. If you’re trying to make your way through a busy metro or crowd, you’ll be better with “excusez-moi”.

If you’ve been invited to a Parisian’s place for a drink or a bite to eat, be sure not to arrive empty-handed! It’s common practice in French culture to bring a small gift to the host’s house as a thank you for the hospitality.

Here’s a quick guideline on what to think about. If you’re going for drinks, perhaps bring along some flowers or a bottle of wine, either to drink that night or for the host to keep. If you’re going for dinner, think about stopping by a patisserie and buying a couple small, fancy desserts. And for a larger gathering, perhaps a nice packet of cakes from the local supermarket. Really, the choice is yours!

Feeling a little lost as a foreigner in Paris? Want a helping hand? Mômji may be able to help. As well as offering part-time, flexible jobs for internationals, we have a huge community and frequent social events.

Want to find out more? Apply now through our online form.