Learn French and Work in France

After you have decided to come to France, the visa process can be daunting for non-European citizens. There are several ways to stay in France and applying for a student visa is one of the best ways, as it allows you to work up to 21 hours a week.

The idea of choosing what to study, how to pay for it or even wanting to be a student again, if you have been in the professional world, can be a headache.

One of the best and most useful subjects to study is the French language, and one of the main reasons that people come to France. Language schools and English speaking universities can be expensive on top of flights, rent, and basic everyday necessities.

Some public Universities in France offer French courses for foreign students as a way of improving their language skills to gain entry into University. 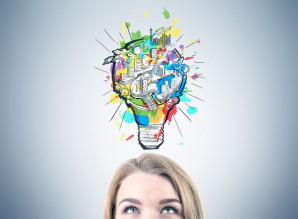 For a student visa, you need to be enrolled in a full-time course, which is 40 hours a week and is approved by the Ministry of Education (also known as the education department). FLE courses are general French language courses where you will study French grammar, vocabulary and French culture.

Courses are offered either in the morning or the afternoon, this means that you have time to explore your city and even go away for the weekend if you desire. Different language schools and Universities offer different types of courses depending on what you want, for example, you can study just language or study French with a specific subject such as gastronomy or fashion. There are also intensive summer programs, that last several weeks and are a good idea if you don’t have a lot of time.

Why Choose a FLE Course? 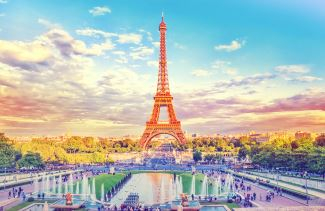 There are many reasons to choose to do an FLE course besides the obvious fact that you want to learn French. The courses centre around subjects that you study every few weeks, such as French culture, technology, the environment and so on.

There are also many courses that now have a culture component for example you can choose to learn French while cooking or you can study fashion and French. Many courses now offer courses in business French or French relating to tourism and hospitality, these classes help people gain a better understanding of the professional world in France. There is a subject that appeals to everyone, it also good if you have already been through University and would like a less stressful way to study a language.

Not to mention, in the classes you will meet so many people from different places and different ages, it can really open your eyes to the world.

Tips for Public Universities in France

Students in France pay several hundred euros a year to study at a public University, compared to the thousands each year for a University education in Australia. The schedule for a French university is not as flexible as in Australia with most students expected to attend every class, Monday to Friday, 9am to 5pm.

Public universities in France have started offering FLE classes outside of the normal course structure for students who wish to go to a French university but need to improve their French level first. Entry into a licence, or the equivalent of a bachelor’s degree need a minimum B2 level in French and for a master’s, students need a C1 level. These FLE courses are generally cheaper than going to a private institution, and still fulfil visa requirements for a student visa as they result in a diplôme universitaire, or a university diploma.

Moving to France, find a job with Speaking-Agency and attend free french classes in Paris !

Are you looking for a job?